SISSA, ICTP and Trieste University launch the Trieste Institute for the Theory of Quantum Technologies

Supercomputers, cryptography, precision sensors are on the research horizon for a new international centre of excellence that was inaugurated on Monday 25 March in Trieste. The Institute aims at becoming an international reference point for training and research on quantum technologies, which are now at the centre of a 1 billion euro funding initiative by the European Commission over the next 10 years.

The Trieste Institute for the Theory of Quantum Technologies (TQT) is a joint venture between the Scuola Internazionale Superiore di Studi Avanzati (SISSA), the Abdus Salam International Centre for Theoretical Physics (ICTP) and the University of Trieste. TQT’s inauguration ceremony was held at ICTP’s Budinich Lecture Hall starting at 11:00 am. Quantum computing pioneer Ignacio Cirac from the Max-Planck Institut für Quantenoptik, Germany, gave an inaugural lecture on “Quantum Simulations and the Difficulty of Solving Quantum Many-Body Systems”(see the video).

The achievements of the first quantum revolution are now part of our daily lives, thanks to smartphones, lasers and imaging technologies such as magnetic resonance. However, the future promises even more powerful, secure and precise technologies, starting from cryptography. Quantum communication will allow the secure transmission of sensitive data such as health or financial records and the use of unbreakable passwords. However, this is just one example. We may have quantum computers, simulators, and sensors that will not only allow us to solve problems that are currently unsolvable but will also be key for medical diagnosis, drug design and much more.

These topics will be at the core of TQT’s research initiatives. The joint institute addresses the need to unite and coordinate the activities and skills of the significant and growing number of researchers working in the field of quantum technologies in universities and research institutions in the region. The main aim is to promote collaboration between Italian and foreign scholars, also through the organization of conferences and schools, in order to enhance interdisciplinarity and innovation and maximize international impact.

“The creation of the TQT reflects ICTP’s intention to evolve in response to a changing world, initiating efforts where new priorities and new potential in science and in the developing world demand ground-breaking research. Quantum technologies represent some of the most exciting frontiers in science today, and I am confident that our joint exploration of their possibilities with our SISSA and University of Trieste colleagues will create important advances in this quickly evolving field.”

This is a natural path, given the scientific history and value of Trieste, as SISSA Director, Stefano Ruffo, highlights,

“The scientific community working on the theoretical investigation of quantum systems in Trieste is outstanding at both the national and international levels, because of its size and also its research excellence. Moreover, it builds on the work of local scientists, such as Giancarlo Ghirardi, who were pioneers in this field.”

Maurizio Fermeglia, Rector of Trieste University, also emphasizes the bond between past and future,

“Trieste University, always committed to scientific and technological innovation, has been focusing on the evolution of systems for calculation, simulation, transmission and storage of data. This initiative is in line with the past and points clearly to the future, introducing a new paradigm in the scientific calculation, that of exploiting the properties of quantum physics to make the computers ‘think’ in a different, non-linear way.”

Last fall, a team at Google announced the first-ever demonstration of "quantum computational supremacy" - that is, a clear quantum speedup over a classical computer for some task - using a 53-qubit programmable superconducting chip called Sycamore ... 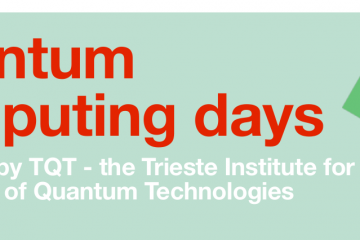 One of the first events organized by the Trieste Institute for the Theory of Quantum Technologies is coming. Experts on the field will give conferences and special lectures covering ... 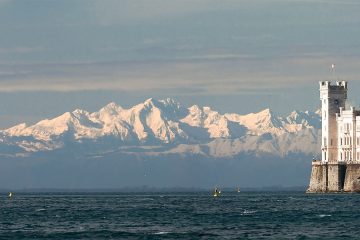 Redefining the foundations of physics in the quantum technology era. ICTP, Trieste – 16-19 September, 2019

The workshop will explore the state of the art – both theoretically and experimentally – of our understanding of quantum theory and discuss the new directions of research.